February 27, 2008
Slipping back to Paris for this post. Not me physically--just in the photos. I took so many photos while I was there that I didn't have time to get them all posted. Some I thought were worth posting later. These pictures of the park in the north east of Paris (20th arrondissement) were some I wanted to share with you. 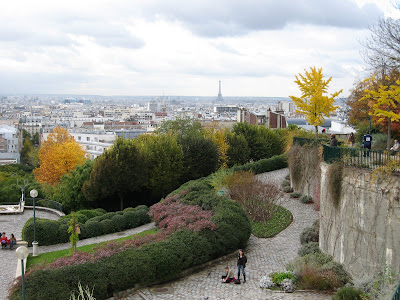 The park is on a hillside. I entered at the bottom and climbed up a lot of steps before I started taking pictures. At the top I realized people were watching something happeneing below us, so I looked over the edge of the wall and saw that I was standing above a film crew getting ready for a shoot. I don't know who it was or what they were filming, but I stayed to watch for a while. It was some kind of children's program or film. 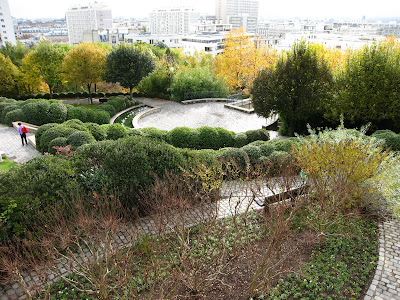 You can see the rest of my pictures of this park and the shoot on this page. Parc de Belleville.

Alexandra MacVean said…
These are amazingly, beautiful pictures!! How enchanting it must have felt to spend 3 months in Paris!! :)
July 2, 2008 at 3:36 PM