September 02, 2016
Our son James has been living and working in Groningen for the past 3 1/2 years. He is moving to St. Louis, Missouri this month. We wanted to visit him in Groningen once more before he left. So we drove up there from our house in Normandy. It was a somewhat difficult drive with lots of traffic in Belgium and the Netherlands, but we finally got there. 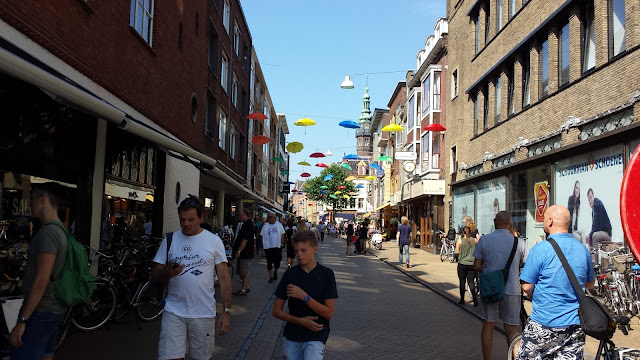 With a population of over 200,000, Groningen is the largest city in the northern Netherlands. It's also an old Hanseatic League city, but predates that period with its first major settlement being traced to the 3rd century CE. 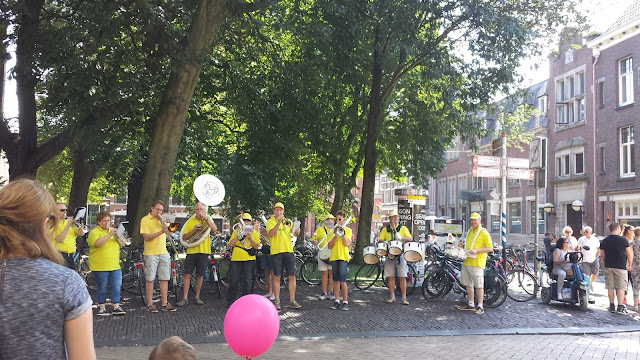 The Saturday we were there was a holiday celebrating a victory over the bishop of Munster in the siege of Groningen in 1672 and also one of the warmest days of the year. As far as we could tell everyone in Groningen was out that day. We spotted two brass bands on the streets. 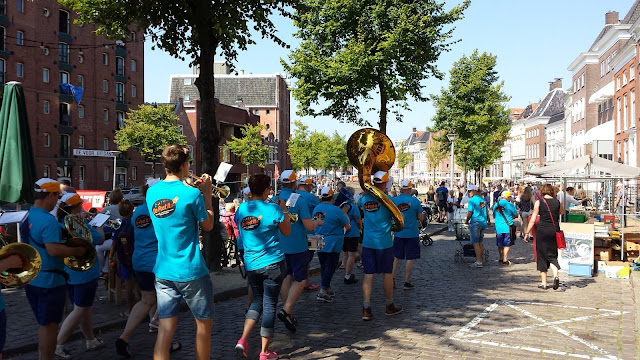 Here's the second one. 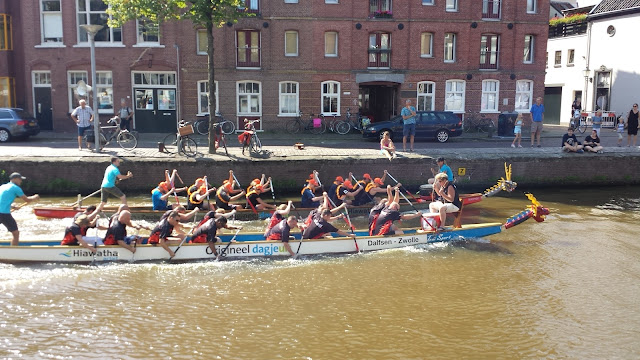 We happened on this dragon boat race that was just getting started. 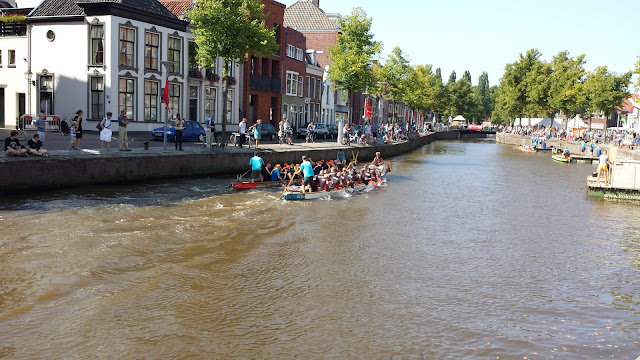 The bridge ahead is the finish line. 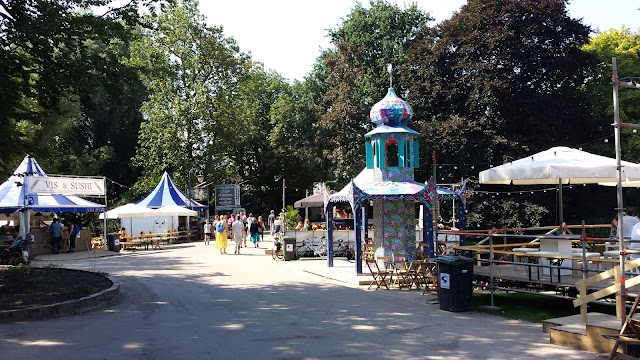 Then we arrived in a park where an art and music festival had been going on for two weeks. 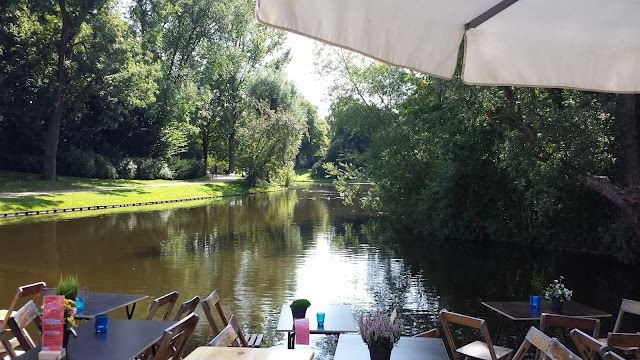 There were cafes and restaurants set up in the park. This one had a lovely spot on the canal. 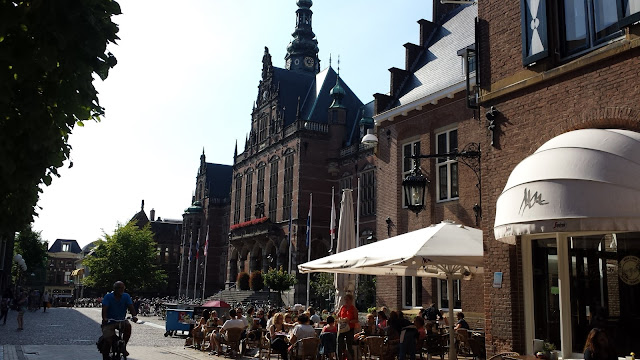 Then we walked back through the city, passing the main building of the university of Groningen. With a student body of 28,000, The university is the second oldest in the Netherlands, after the University of Leiden. 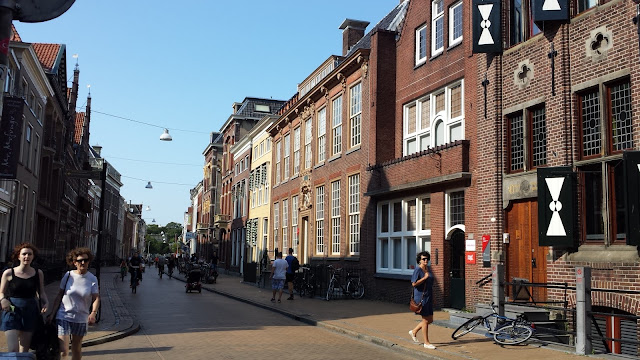 Here's another street near the main university buildings. 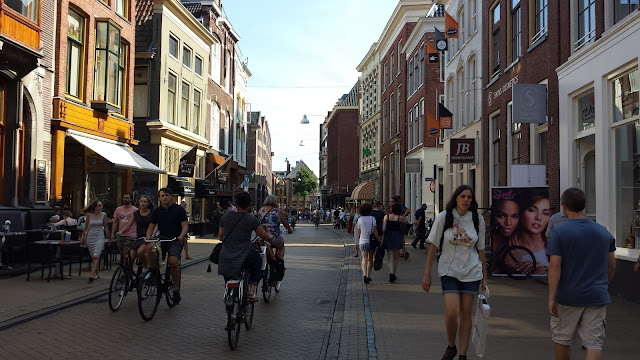 Traveling by bicycle is the best way to get around any Dutch city. 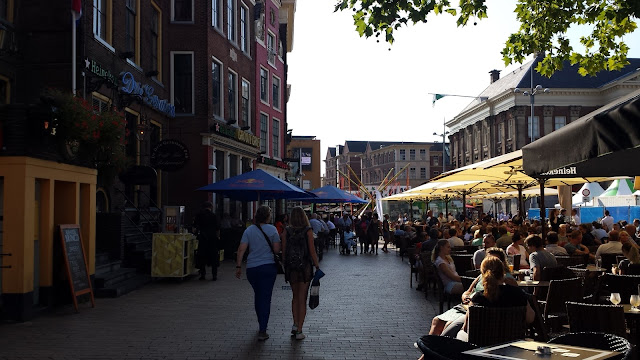 This is a very large bar, with tables outside on the right here, 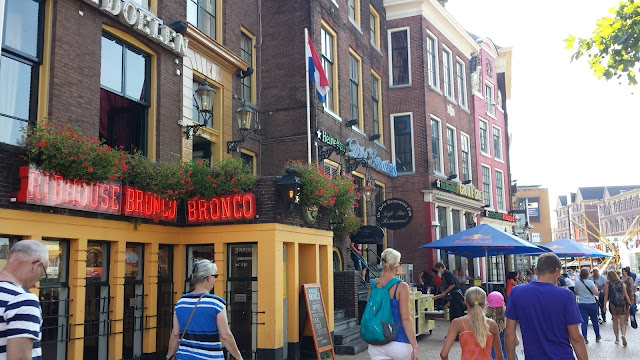 And the bar on the left. All the buildings on the left in the photo above are part of the bar.

We took two days to drive back to our house, arriving in time for lunch on Tuesday.

Ken Stanley said…
I miss the Netherlands. Any idea what the white hourglass sign represents?
September 4, 2016 at 6:18 AM