We spent our first night in France in the suburb of Paris called Saint-Germain-en-Laye. It's west of Paris about 45 minutes from the airport and on our way to Normandy. It's also near the Chateau de Monte-Cristo, which is why I chose it. I am listening to the Count of Monte Cristo with Craftlit.

Saint-Germain had two royal chateaux. Here are some photos and notes about them. 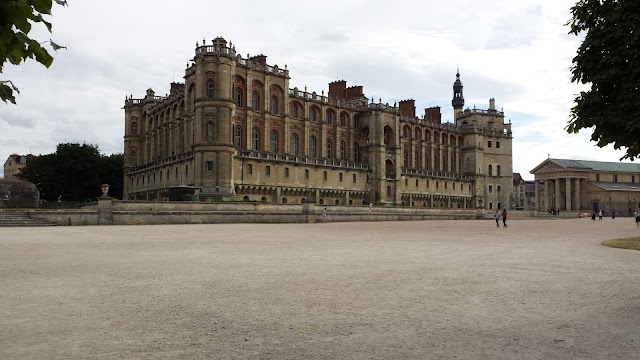 I didn't get a photo of the chapel, but I thought this was interesting, so have included it. The chapel is on the back side of the chateau. We walked past it on our first trip into town, but then we discovered walking on this side through the gardens was a shorter way from town to our hotel.

As a part of the old royal chateau in Saint-Germain-en-Laye, the Gothic Sainte-Chapelle, built in the 1230’s, housed the relic of the crown of thorns purchased by King Louis IX (Saint Louis) in 1239, until the Sainte Chapelle in the Ile de la Cité was finished in 1248. The architect for both chapels was Pierre de Montreuil.

The old chateau was burned down by the Black Prince in 1346. Only the Gothic chapel remains of that building. The rest of the chateau was rebuilt by Francois I in 1539. The royals returned to this chateau from 1660 till 1682. After that, it fell into disrepair, but starting in 1907, was restored to its appearance under Francois I. It is currently (2016) undergoing a face-lift. It houses the National Archeological Museum of France. 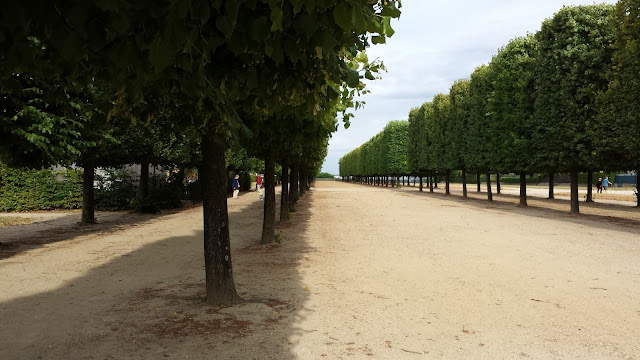 This is a small corner of the formal gardens of the old chateau. The park here is much larger than the Bois de Boulogne.

In 1556, Henri II and Catherine de Medicis built a separate new château (le Château Neuf) nearby. His wife and successors Francois II, Henri III, Henri IV, and Louis XIII used the chateau (among others). In 1638 Louis XIV (The future Sun King) was born in this chateau to Louis XIII and his wife Anne d’Autriche. 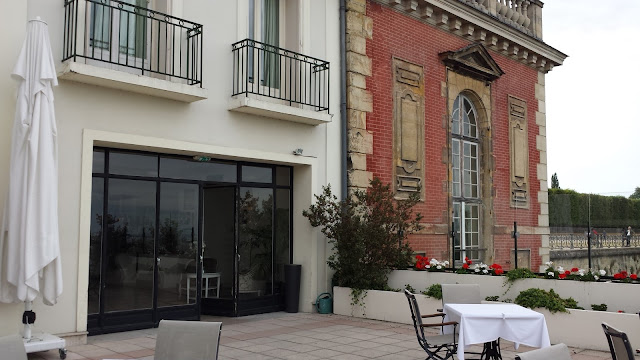 The red brick building on the right is part of the New Chateau. 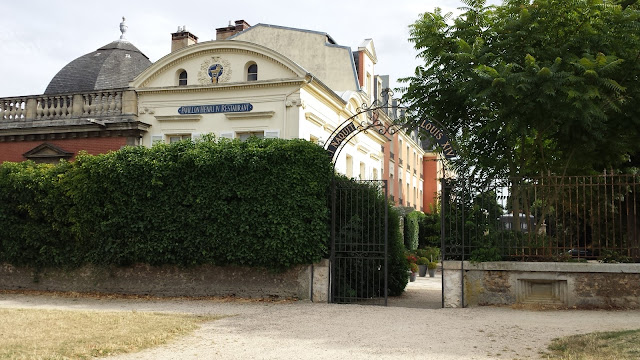 Above the gate the sign says "Here was born Louis XIV." The red brick room is now on the left.

Le Château-Neuf was the refuge of Charles II of England in 1650, after the execution of his father. In 1660 the French Royals returned to the newly renovated “Old chateau.” In 1682, the French Court left Saint-Germain for the Palace of Versailles. 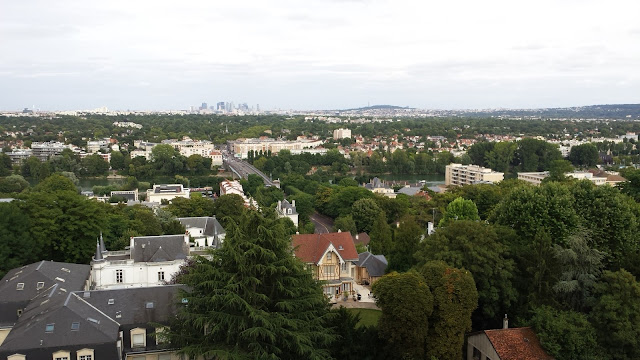 Looking from the terrace of the New Chateau towards Paris, across the Seine. The group of large buildings is La Defense. The Eiffel Tower is just visible on the left part of the mound on the right. You may have to blow up the photo to see it. 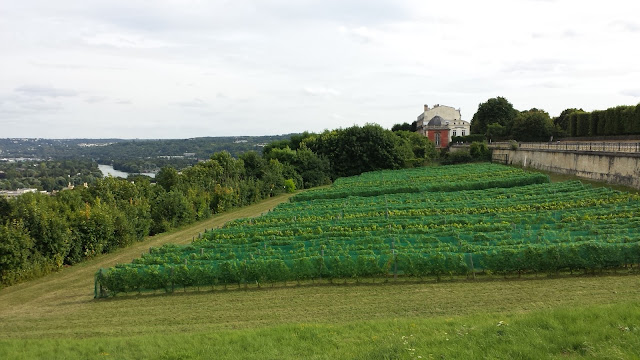 Looking back toward the New Chateau from the gardens.


After the French revolution (1779-1793) most of the new chateau was destroyed by its owner of the time. In 1825 an entrepreneur bought, renovated and expanded the remnants of the chateau-neuf. He later gave it to the railroad which used it as a hotel and a famous restaurant was established in it. In the 1840’s Alexandre Dumas resided in the hotel and it was there that he wrote two of his most famous works,  Les trois mousquetaires et Le comte de Monte-Cristo.


This is the Hotel Pavilion Henri IV, where we spent the night. I didn’t know any of this history before we got there. I just knew it was near the chateau Monte-Cristo. 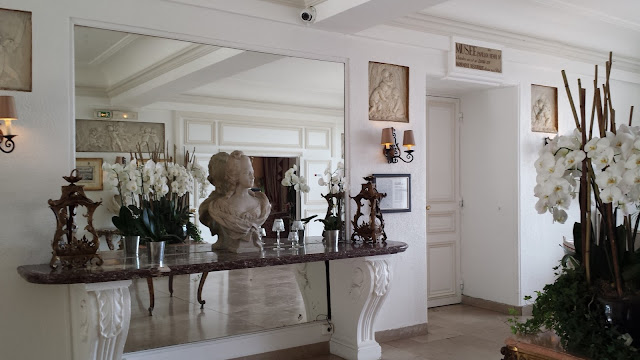 This is the lobby of the hotel, and the door to the red brick room, which is part of the chateau where Louis XIV was born. 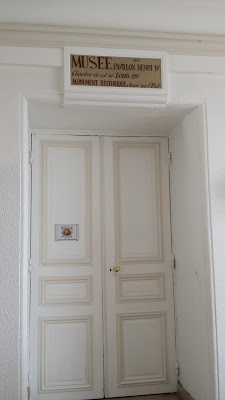 Close-up of the door and the sign above it. 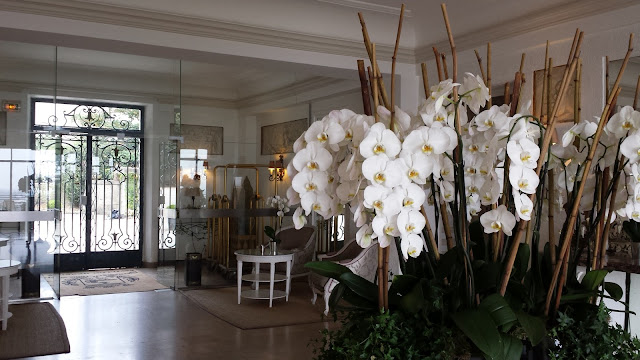 Another shot of the lobby showing the front entry. 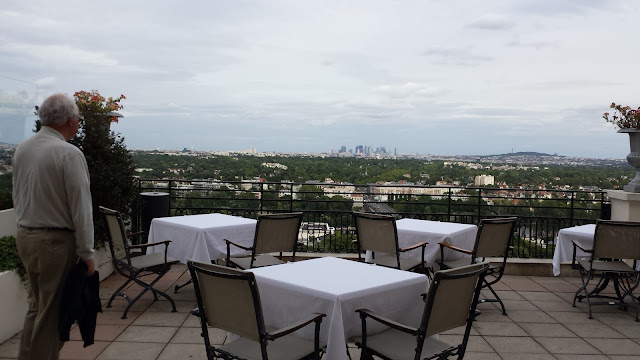 And one more shot of the terrace.


Finally I come to the chateau de Monte Cristo. After his success with the two famous novels mentioned above Dumas decided to build himself a chateau near to Saint-Germain-en-Laye. He bought some property on a hillside where he built a residence in the renaissance style and a small gothic “chateau” surrounded by a moat, where he put his writing desk. He entertained lavishly and frequently. He installed a room on the 1st (U.S. 2nd) floor decorated entirely in the Moorish style. The main chateau is now a museum dedicated to the life and works of Dumas. They don’t allow pictures inside so please take a look at this link for photos of the chateau and the Moorish room.

Here are some of my photos taken in the garden and of the two chateaux. 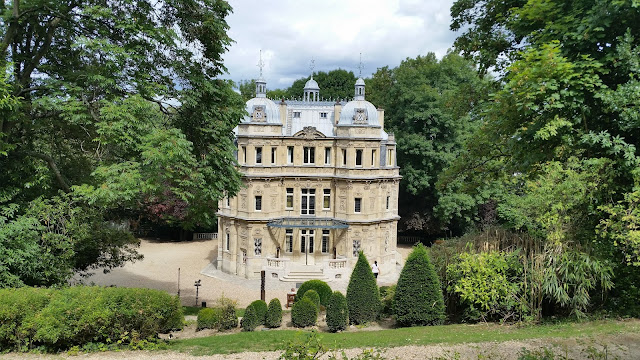 This is the main chateau, which Dumas called the chateau Monte-Cristo. 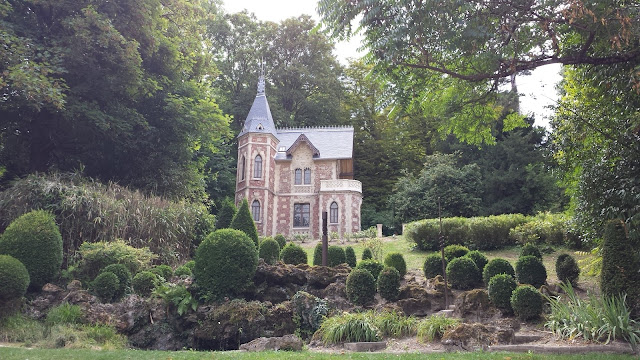 And this is the writing studio as seen from the main residence. 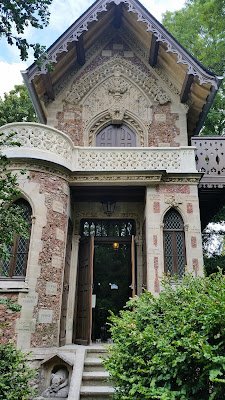 The door of the writing studio named the Chateau d'If.
Chateau d'If means "Yew chateau" in French, but it is the name of the island prison off the coast of Marseilles, where the character Edmond Dantès was imprisoned for 14 years. 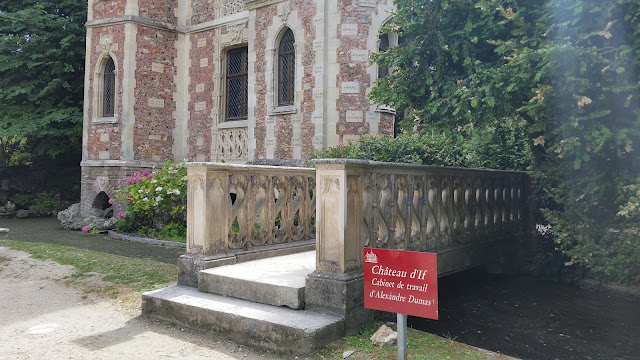 Here's the sign, in case you didn't want to take my word for it. 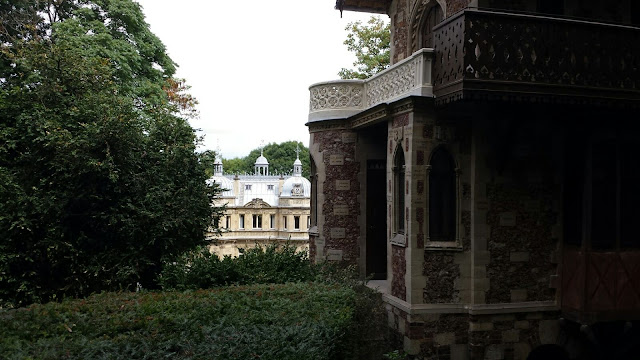 The main chateau seen from behind the chateau d'If. 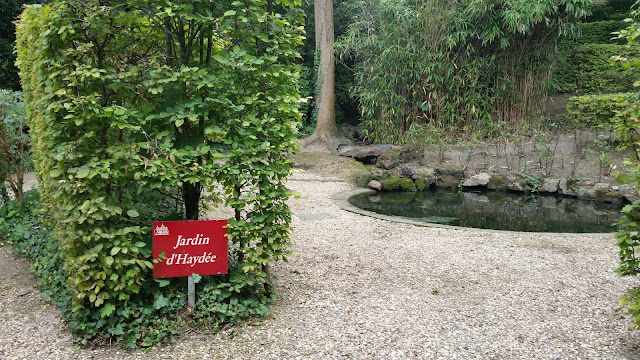 One of the gardens. This one had some hedge mazes in it, but was a bit overgrown. 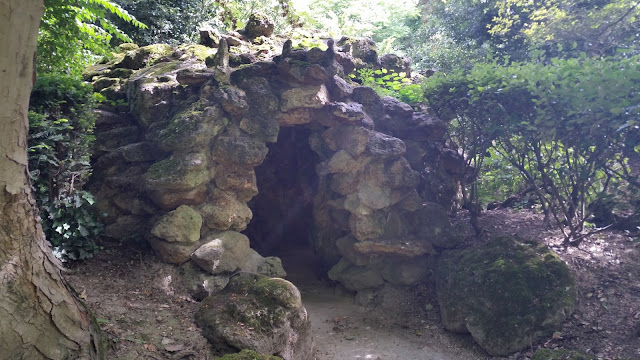 Well, that's my report about the day we spent in Saint Germain-en-Laye and Port Marly.

Do let me know if you enjoyed it. It has taken me 3 days to put this together, so I'd like to know if anyone is reading it. :-) Thanks.

Patrick said…
Great post, thanks for putting it together! Did Dumas make enough money to build castles from book sales or did he have another source of funds?
August 22, 2016 at 6:08 PM

Cécile said…
I think it was from the books, but it didn't last long. Another revolution or something came along and he was forced to sell the chateau for a fraction of what it was worth. It was almost torn down before a group of fans raised money to save it in 1907.

megan-leslie said…
Very interesting and great to see the buildings associated with Dumas and the Coiunt of Monte Cristo.
August 24, 2016 at 6:50 PM

Rose - Watching Waves said…
Thank you for all the work you put into this. These are places I'll never visit and stories I'd never know if it wasn't for you. So fascinating to read about the history of the region and the people. Gorgeous hotel and interesting history. I love Dumas' writing studio.
August 26, 2016 at 2:20 PM

Heather@craftLit podcast said…
WOW! Thank you so much! I'd seen pix of the main Château but not the Château d'If. LOL I love that he named his writing "residence" after that God-forsaken prison.
Makes me wonder...
😉
September 8, 2016 at 12:58 PM

Melanie said…
Thanks for sharing. Came here after reading your posts in the CraftLit Ravelry group.
September 14, 2016 at 2:27 PM