The second skylight is installed.

And here is the wallboard ready to install.

It is labeled 1200 mm, which, I guess is the width: 1.2 meters or 47 inches. In other words almost 4 ft. They look to be about 8 ft. long. I can’t find that measurement printed on them. Are you wondering yet how they got those up here? What with the narrow enclosed stairway. 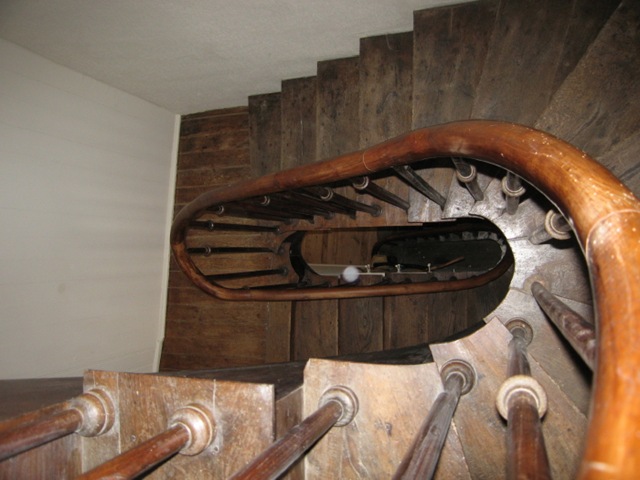 I wanted to see how they would do it, but I needed to go to the grocery store.  Jim stayed here, but he almost missed it because he wasn’t paying attention.  He was writing.  I think he had his priorities confused. So he didn’t get pictures, but he was able to tell me that they brought in a crane and lifted the wallboard up to the third floor and loaded it through the window.  He said it was all done very quickly. I imagine they had to block the street while doing it, so wanted to get that crane in and out quickly. I wish I hadn’t had to go to the store just then.

Anyway here are some photos of the walls now.

Here is the window the boards came through. It is just a few inches taller than 4 feet. You can now walk right up to that window without ducking under the beam that used to be there.

Here is the second skylight.

And this is the first one, showing the insulation in place. This should cut down the heating bills for the house and keep the attic cooler in summer as well.

By now they have metal studs in place for the end walls and ceiling. They have put up the wall board on the wall next to the bathroom. They say that here in France all construction like this must be done with metal studs. They don’t like the wooden studs that were used for the bathroom.

Tomorrow is a bank holiday—Ascension day?  And I guess Friday is too—just because. Monday the head contractor is having some kind of knee surgery.  He said something about coming in on Tuesday afternoon, but I don’t think that’s a good idea.  I think he expects to be here Wednesday. It’s not a knee replacement. It’s some laser surgery. So we’re not sure when the work will get going again after today.

Mariam Freame said…
How many skylights did you install in all? For me, the more you have in your house, the better you gain in a lot of terms – energy conservation, financial savings, and a pleasant environment. Don’t forget to apply treatments though, as they allow access to heat, and not just light. ;]
December 20, 2012 at 5:41 AM